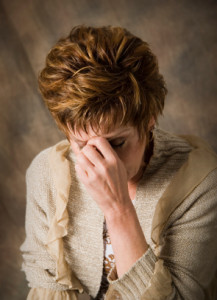 Are you one of those women who won’t talk about your finances because you don’t want anyone to know that you are not where you should be?

Don’t be ashamed. There are many women, professional and highly educated, who still lack an understanding of their finances. I feel it’s because we are juggling so many things in our lives. So, certain things just get pushed to the side especially if we don’t want to do it, deal with it, or understand it. I know I do that. If it’s something I don’t like doing, then it gets pushed to the bottom of my “to do” list.

The interesting thing is finance affects almost every aspect of our life. That’s why there is such an abundance of information on it everywhere. It’s important! However, it is quite confusing with how it’s discussed and addressed in the media and on the internet. It doesn’t sound exciting. Whenever you hear, oh you should pay down debt. It may sound like what you hear when you listen to an old Charlie Brown cartoon, wah wah wah wah. Pay down debt…wah wah wah wah, max out your savings…wah wah wah wah, live beneath your means….wah wah wah wah.

Believe me, I completely understand and I’m working in the industry. How do you process it all so that it makes sense for you? That’s the big question! It appears that you’re either on one side of the fence (pay down or get rid of debt) or the other (saving and investing) which doesn’t appear to leave a lot of room for compromise. I believe and always believe it’s all about COMPROMISE and living a financially conscious life.

There will be stages during your lifetime where you will need to sacrifice because of the goals you’ve set. I’ve highlighted some of the adjustments you may need to make in my blog post “Preparing for a Financial Crisis.”

But then, you have to reward yourself when you achieve the goal. In some cases, achieving the goal is reward enough because this makes the sacrifice worth it. Now, I didn’t say go out and do something crazy but be sensible. (HINT: Adding a shoe investment to your wardrobe can be worthwhile professionally and make you feel good at the same time.) Remember you are living a financially conscious life so be conscious.