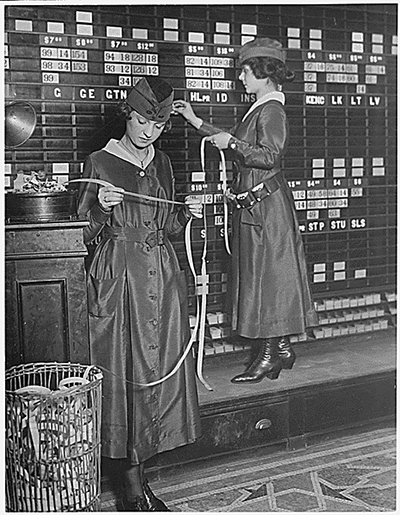 In celebration of Women’s History Month, I wanted to pay respects to the women who’ve paved the way on Wall Street.

As we know, Wall Street has been and in many cases still is a male dominated industry. However with the wealth transfer trends, the need for more women has greatly increased.

I was reminded of this at a recent women’s conference I attended. After speaking, I was approached by two veteran financial advisors who shared with me their insights into the dilemma they were facing with clients. They stated how when the male spouse passes away, the women are preferring to work with a woman planner to assist during this transition in their lives.

Fulfilling this need, is very important to me and one of the transitions I assist women through.

So I want to take time to give credit to my foremothers. If it hadn’t been for them, I wouldn’t be in this industry. I wouldn’t have this opportunity. I stand on their shoulders.

Both of these women were able to grow their personal fortunes by investing in the stock market. They understood the growth potential of investing. Abigail invested in US government bonds and Hetty’s business strategy was to invest conservatively, have enough cash reserved to ride out any market turmoil, and only loan money, never borrow. She was listed in the Guinness Book of World Records as the “World’s Greatest Miser.”

Victoria Woodhull was born in 1838. Became the first female to own a brokerage firm on Wall Street. She’s the first woman to run for President of the United States with famous abolitionist Frederick Douglass as her running mate. In her early years in New York, she becomes Cornelius Vanderbilt’s clairvoyant. In her role, she helps him pick stocks using her abilities as a spiritualist. She uses her knowledge and experience to break out on her own to open a brokerage company and earning over $700,000 (or over $12 million in today’s terms). After a prolonged legal battle, she was financially drained so she moved to England where she remarried and remained until her death.

Isabel Benham attended Bryn Mawr, a women’s college, in the late 1920s, where she became one of only five women in her class to graduate with a degree in economics in 1931. After graduation, she hit two walls: the Great Depression and gender discrimination. Therefore, she initially supported herself by selling magazine subscriptions. Then there was a break, she landed a job with RW Pressprich as a bond statistician. Isabel became one of the most distinguished railroad analysts on Wall Street and the first woman named partner at a Wall Street bond house.

In 1967, Muriel “Mickie” Siebert became the first woman to purchase a seat on the New York Stock Exchange. Because she was a woman, Muriel struggled to purchase the seat. She had been turned down by nine prospective sponsors before finding the required two sponsors to endorse her application. In 1975, Siebert & Co. became the nation’s first discount brokerage. In 1977, Siebert became the first female Superintendent of Banks for New York State, overseeing all of the New York banks, which had assets of approximately $500 billion. Not a single bank failed during her tenure.

She was heavily involved in philanthropic work, particularly projects that advocate on behalf of women and minorities in the financial industry, as well as those that teach financial literacy.

Suzanne Shank is Wall Street’s only African-American women to head a publicly-traded financial services institution. This came after being promoted to CEO of Siebert Financial Corporation (a broker/deal institutional investment bank founded by Muriel Seibert).

Shank has a Wharton MBA degree in finance and a civil engineering degree from Georgia Institute of Technology. She is the President, Municipal bond trader, CEO of Siebert Brandford Shank & Co, LLC, the largest minority-owned municipal finance firm in the United States.

There are many who’ve come after but I wanted to focus on women who broke the initial barriers.