Long before the Black Beverley Hills were even imagined or Prince Georges County, Maryland contained the wealthiest black communities in the country, there was a thriving black community built by black people for black people.

Welcome to the Greenwood district of Tulsa, Oklahoma, affectionately known as “The Black Wall Street.” There were hotels and houses, banks and barbershops, libraries and luxury stores, movie theaters and nightclubs. Greenwood was the place to be and thrive for African-Americans. That is until 1921.

An angry white mob attacked Black Wall Street, looting, burning, and bombing hundreds of homes and businesses because of a recanted accusation of assault. Historians estimate that up to 300 black residents were lynched or murdered in the massacre.

But not to be undone, the resilient and determined black residents of Greenwood were able to rally together and rebuild, drawing on their strong sense of community. The reemergence of Black Wall Street from the literal rumble and ash teaches important lessons on wealth creation.

3. Wealth Creators Use Setbacks As Opportunities for Creativity

Many of the Greenwood residents were creative and resourceful. They pitched tents on the rumble and braved the winter following the massacre. Those who remained in Greenwood were able to fully rebuild the community by 1925 with help from the National Association for the Advancement of Colored People (NAACP), other black Oklahoma townships, and donations from black churches.

While the massacre of the Black Wall Street was tragic, we are empowered by the lessons learned from the vision, resilience, and creativity of the residents of Greenwood. The hope and strength of that strong black community lives on.

This is a powerful article and you should be. 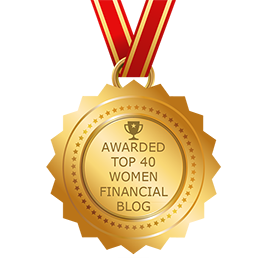